A Clear Improvement To The Backyard Barbecue 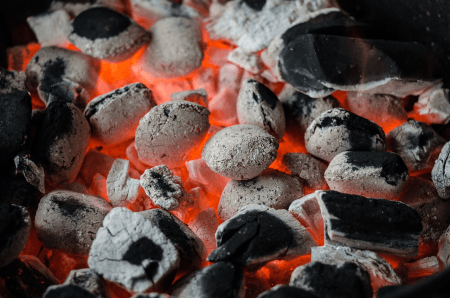 When the days get longer and the temperature starts rising, Americans make the most of the weather by heading outside to enjoy food and fun with their friends and family. Yes, we’re talking about the good old backyard BBQ.

According to the HPBA (Hearth, Patio and Barbecue Association), 72% of U.S. households have a grill and more than half use their grill all year round. Well over a third of U.S. adults plan to purchase a grill in the next 12 months, so SCHOTT, the international technology group, took to the drawing board to develop the next big thing in outdoor cooking. The result was a barbecue grill with a glass lid using their groundbreaking NEXTREMA glass-ceramic material which is heat resistant up to 1,740 degrees Fahrenheit and thermal shock resistant up to 1,470 degrees – a vast improvement on traditional tempered glass. SCHOTT and B2B International put this glass lid to the test through both qualitative and quantitative market research studies.

Our research showed that grillers were initially concerned that the glass lid would smoke or fog up but in seeing the grills in action during the focus groups, respondents were quickly impressed that they could clearly see their food throughout the entire cooking process. This led to the realization that they could avoid a griller’s worst nightmare – flare-ups that ruin a perfectly good burger! In fact, in our quantitative study with 400 serious backyard chefs, the idea of being able to watch or monitor the food at all times was the #1 perceived benefit of a grill with a glass lid, and 54% said that having this window will allow the food to cook faster or more evenly due to less lid lifting. A third of respondents went so far as acknowledging the glass lid in improving the overall grilling experience – an impressive feat since backyard barbecuing is already one of America’s favorite pastimes.

These findings are great news for grillers, but how does it help SCHOTT in positioning their breakthrough to grill manufacturers? Sixty-four percent of grillers actually prefer a grill with the glass lid over one without. Bottom line: over half would seriously consider purchasing a glass-lid grill at an acceptable price, and even more uplifting, premium grill owners (i.e. those who paid $1,000+ for their current grill) find this feature very appealing. SCHOTT has certainly gained interest not only among the high-end BBQ enthusiasts, but also among the casual burger-flipping Average Joes as well. The glass lid BBQ is a clear winner for anyone looking to up their grilling game.

To see how we can help your business grow